The original concept   MC started with the idea that climbers should have training gear for footwork. In 2014, I made my first “footboard” and started refining the concept through 2015, when it became part of a full-on training station, covering both general conditioning, footwork technique, and strength training. Look for the “CAT” (conditioning and technique) board and CAT Station to be advertised later in 2016. In the meantime, we have begun prototyping smaller gear that we plan to release this spring. One item is designed to increase grip strength, another that focuses more on finger and shoulder strength. 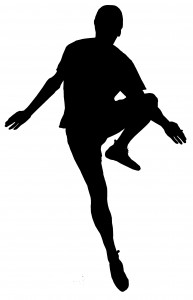 Above, a “heel lock-off” move on the CAT board.